Elon Musk isn't a liability to Tesla. He's a 'liability for himself'

Share
Musk is “one of the most brilliant people of our generation, and you’re going to have to take the good and the bad with this guy,” Ross Gerber, CEO of Gerber Kawasaki Wealth and Investment Management, told CNN Business’ Alison Kosik during the “Markets Now” live show on Wednesday.
“And I’m willing to do that because Tesla will be the next Amazon, Google of this decade,” he said.
But the SEC has been examining his use of social media, and a federal judge is currently deciding whether to hold Musk in contempt after the agency alleged he violated a 2018 settlement agreement. Musk accused regulators of trying to infringe on his freedom of speech.
Gerber said he isn’t concerned about Musk’s controversies. 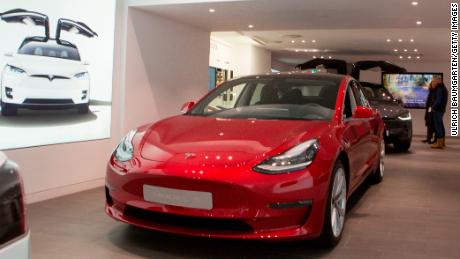 “He’ll never be a liability for Tesla. He’s more a liability for himself,” he said. “Tesla can run without Elon. It’s not that you want that situation, but the company’s mature enough and in good enough management hands that the path forward is already set.”
He said he took a thorough tour of Tesla’s California factory and was pleased to find a tightly run ship. Gerber heaped praises on Jerome Guillen, a longtime Tesla executive who was promoted to president of automotive amid an exodus of other top brass last year.
Tesla’s biggest problem is PR, Gerber added.
“The way Elon has managed communications at the firm has been incredibly haphazard,” Gerber said. “And it’s caused a lot of unnecessary doubt, and handwringing and negative media — despite the fact that Elon is one of the greatest marketers of all time.”
Tesla (TSLA) stock is down about 14% this year, even as the broader market has rallied and rival auto companies GM (GM) and Ford (F) are both up more than 10%.
Gerber said Tesla shares, currently trading around $288, are a “bargain at anything under $300.” 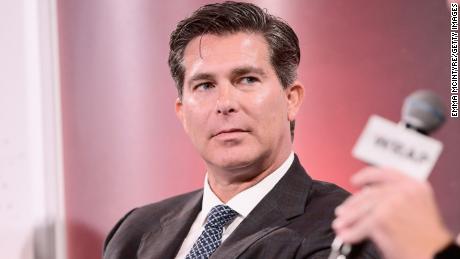 Tesla has a big day ahead Thursday: The company is slated to reveal its Model Y design, a forthcoming SUV that will be priced similar to the Model 3.
The car could be even more instrumental than the Model 3 for Tesla’s efforts to morph into a mass market car manufacturer. SUVs are more popular than sedans among American consumers.
“Markets Now” streams live from the New York Stock Exchange every Wednesday at 12:45 p.m. ET. Hosted by CNN’s business correspondents, the 15-minute program features incisive commentary from experts.
You can watch “Markets Now” at CNN.com/MarketsNow from your desk or on your phone or tablet. If you can’t catch the show live, check out highlights online and through the MarketsNow newsletter, delivered to your inbox every afternoon.
— CNN Business’ Paul R. La Monica contributed to this report.